A few months ago, I was in the market for a new car and I didn’t know what I should buy. I knew that I wanted something tough, something I could drive all over the place, and something that reflected my personality. I figured it would be a good idea to get a car that has a lot of storage space, with lots of versatility.

I talked to friends, family, car dealers, vehicle forums. I even googled it and asked some online friends. In the end, I settled for a Ute, and so far, it’s everything I want and more. I don’t know how I ever managed without it, and I can’t imagine driving anything else.

The Ute is the ultimate man-car, and this is relevant, even if you’re a woman. When you’re in the middle of the road, stuck in traffic, sweltering in the heat, having a rough day, you need a manly car. Just think about it. Everyone around you is in as bad a mood as you are, yelling and honking and trying cutting you off, maybe trying to sneak ahead of you and steal a few precious inches of movement.

If you’re driving a little Prius or a tiny stylish car, you will be bullied all over the road because people will make assumptions about you. But when you’ve got a Ute, they’ll think twice about messing with you, because you’re driving a power car and they will see you as someone they don’t want to trifle with.

My second favorite thing about the Ute is the sheer power. This is a car that doesn’t just look tough, it IS tough. Their bodies are solid, hard-driving with a truck chassis for strength and stability. This is a car that can handle anything from heavy cargo to loose gravel to beach sand or slippery no-traction mud. You can drive a ute anywhere. You could probably drive into the ocean in you needed to.

Driving my Ute makes me feel like a cowboy. I can literally rangle sheep with this beauty. Just round them up and herd them in, honking and hollering all the way. It’s not a situation that comes up often, but if it did, my Ute would be the perfect machine to do it.

Another mess my Ute could get me out of it a head-on collision. If, for whatever reason, I rammed into a wall, or a tree, or an animal, or even another car … it would hurt them a lot more than it would hurt me. The bull bars and nudge bars protect my car body and I get out of vehicular scrapes with barely a scratch.

Everybody knows convertibles are the coolest cars in the world, especially with our searing heat and cool breezes. Of course with a convertible, you always have to wear sunscreen, which is decidedly less cool, and a lot less manly. Although, in fairness, it’s better to be seen as ‘less manly’ that to give yourself a melanoma.

The beauty of driving a Ute is that you have the best of both worlds. The minimalist body, half-cab style and wide open back give you the feel of a convertible combined with the stability and grounding of an off-road vehicle. Plus, with a hard body roof, you’re safer from those nasty UV rays than you would be in a standard convertible.

The best part about a Ute is its versatility. You can use it for construction work, to carry logs and heavy machinery and bags of concrete. You can drive farm produce to the market, whether it’s a hundred bags of wheat or some small sheep and chicken. You can even use it to drag smaller cars and trailers.

If your tastes are a little less manual, you can use your Ute for camping supplies, barbecue spits, or surfboards and beach umbrellas for a day by the ocean. No matter how you use it, once you get behind the wheel of a good Ute, you’ll never look at cars the same way again. 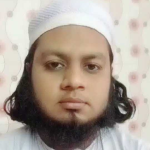 About the Author: Martin French

Why It’s Essential to Have A Professional Detail Your Car

Things to Consider When Choosing a Driving School